It's Not About Abortion 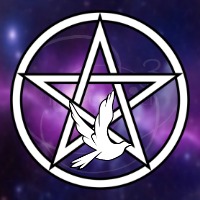 Every day I keep hoping for those who call themselves Wiccan or Pagan or Witch or whatever they call themselves to wake the fuck up and free themselves from the yoke of the patriarchy and fully embrace the concept of being openminded. If you won't stand up for something, there is a good chance you are going to fall for everything. Every lie, every questionable act, everything. I stand for freedom, for equality for everyone and for women's rights. It's MY body and I'll make the decisions about how it's taken care of. I will fight with everything I have to make sure the world is a better place for my grandchildren. I refuse to leave a failed legacy for them.

If you think you are safe just because your female ancestors fought and won the right to vote, the right to vote is only a small thing in the much bigger picture. Women in the United States are still paid less than their male counterparts, for doing the same exact same job. That is NOT equality. If you feel you shouldn't need march or act because that's what your grandmother did, good for you. You are part of the problem. If you feel you shouldn't have to march or protest because your female ancestors had too much class to act out like that, YOU ARE THE PROBLEM! They didn't have too much class, they were petrified of their husbands, the men in their lives that wouldn't let them out of the house to join the cause and who would beat them black and blue if they disobeyed.

Pro-life? Anti-abortion? OK, YOU had better be the one stepping up and taking care of those children and keep them out of the system. Don't like abortion? OK, don't get one. It's none of your business what any other person does or doesn't do with their life. Stop judging other people based on your small uneducated mind and the surroundings you cling to, keep your own life crystal clean and live your life like you want.

#MeToo! Yeah, I'm one of them. No, I never told anyone for the same reasons most victims have never stepped up. The fear of not being believed, simply because we are female and of course it's all our fault, we shouldn't have enticed our abuser. Bullshit! And let me make myself perfectly clear IF you ever victim-blame anyone who has been sexually assaulted, YOU ARE THE PROBLEM!

That video I posted on the Facebook page for The Feisty Witch and to my personal profile page of the women drumming at the Women's March in New York? Those women knew EXACTLY what they were marching for, what they stand for and what they believe in. They are educated, determined and WOKE. This wasn't just a small unorganized event as some WOMEN have tried to pass it off as. This was year TWO and MILLIONS of women all over the world, not just here in the US, came together to march for each other and equality for everyone.

What are YOU afraid of? What are you ashamed of? Why aren't you standing up? What's holding you back?

It's not going to be very comfortable around here and you might want to reevaluate your choice to follow this blog and The Feisty Witch page. Especially if you can't handle me calling you out on your shit. I'm not going to be silent any longer, I'm not going to police the things I say or write about. I'm done playing nice.