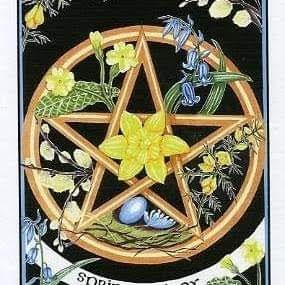 I probably shouldn't write anything for the public view considering the frame of mind I'm in. But, I have plenty of time on my hands and I've spent enough time on other forms of entertainment today. Y'all just got lucky! LOL!

I have Shingles, every one of you knows I don't do well being sick in any manner. I fight tooth and nail to stay healthy and can usually tell when I'mma about to not feel my best so I can take steps to change the course of whatever thinks it wants to bother me. Shingles snuck up on me and I had NO warning. I woke up Sunday with a small rash on my mid left thigh, I figured I'd been bitten by a spider or some such so I didn't worry too much.

Monday, I woke up and the rash had spread a LOT! It burned, my leg was numb and if I touched it I felt like I was being stabbed with a million needles ... Gods! It HURT! Now, we have amazing insurance but I don't have a primary care physician because I didn't feel the previous one was paying attention to the things I was trying to tell her. The "New Patient Appointment" with the new doctor isn't until April 16th. So, I take myself off to see the nice folks at Fast Med Urgent Care. Yep, good old Dr. Brian confirmed my suspicions and gave me the news "Girl, you have Shingles". Off I go with TWO prescriptions and aftercare orders to take it easy and use Epsom salt baths for topical relief.

So, I'm stuck at home, when I'd rather be doing Oh at least a thousand different things. I can't wear anything that touches the rash cause it hurts like hell. I can't stand or sit or even lay down for more than a few minutes at a time. So, I've spent most of today going from one task or project to the next and not one of them is finished. Yes, even writing this post is being done in pieces parts.

I've spent time on Facebook, MeWe, Twitter and read most of the blogs I follow. And I don't know if it's just me and the irritableness of being limited with my activity or if there is really a bunch of stupid going on. Yes, I KNOW the stupid is running rampant in the political arenas, I'm mostly talking about all the plastic shit that should just go in the trash and be left alone.

Did you know it is now a "thing" to post memes declaring how great your life is to somehow ridicule your supposed "stalkers"? I lost count of how many of these things I've seen today. And IMO which we all know is mostly irrelevant to anyone except for me, I find it pretty assinine to worry about who is or is not stalking your page or blog or profile. If you want the world to see how happy you are, just post positive things that are happening in your life and stop baiting others. Every time I see one of these posts it makes me think they haven't grown at all and are still looking for attention no matter if it is positive or not.

All of my social media accounts are fully viewable to the entire public and I don't make a habit of trying to one-up those who are no longer part of my circle. When I post something snide or snarky it isn't to target any one group of people, I post it because I think it's funny or fits my mood at the time. And if you've made a point to grow, make changes and expand your life and the way you look at things, what are you trying to prove with such childish behavior?

Yes, I'm grumpy today. I'll probably be mostly grumpy for the next couple of weeks until my case of Shingles is at least somewhat manageable for me. Will I write more here? Who knows ... consider this your advance notice of not knowing what may or may not happen here.